Ahh Croatia. One can see why people flock here. The weather is perfect, nearly all year round. The skies are blue. The water is emerald and crystal clear. The land is fertile, and this the fruit and vegetables packed with flavour.

This photo was taken from just behind bar Ala Mizerija just outside the old city walls. Great little spot to grab a coffee or beer after a swim in the crystal clear waters below. This is probably the best secluded swimming spot in Dubrovnik.

View from the other side of the lagoon. Photo taken next to Fort Lovrijenac.

There’s a secret short-cut I liked to take that avoids the crowds and masses: From the playground just outside the city walls at Pile gate walk towards the kayaks and the water. You’ll see a cobbled path that looks like a wide ledge running between the water and the wall. That will take you to the Dubrovnik West Harbour pier, where some famous scenes from Game of Thrones were filmed.

There you’ll find a decent restaurant with nice views called Orhan. If you carry on up the cobbled path and stairs, on your left you’ll eventually see an unassumine stone entranceway. That will lead you down to the swimming lagoon above, by bar Ala Mizerija and Bar Dodo.

Very much worth doing as it gives you great 360 views of Dubrovnik old town. It costs 150 kouna per person for the city wall tickets, but if you opt do it it, a few things to bear in mind:

View from the highest point of the Dubrovnik city walls at dusk and sunset.

Much of the city’s rooftops were damaged in the most recent war. The new repaired roofs are terracotta red, while the old ancient roof tiles still remaining are a paler saffron colour.

Where to Stay in Dubrovnik

If you want to make your live easier and save lots of hassle, stay near or in the old town. Yes busses run regularly between the rest of Dubrovnik, but do you really want to have to catch a bus in every day?

We booked an apartment called Dubrovnik Centre Apartment, and it was exactly that. Honestly, the location was just perfect. It was less than 5min walk to Pile gate and just down the street from the swimming bay and those bars pictured above.

Guest House Tomasi: This place is actually inside the old town/city walls, so location can’t be better. It’s tucked insidet the cute cobbled side streets of the old town, amongst plenty of great restaurants and cafes. Beware that if you stay within the old town, no cars are allowed inside, so the taxis/busses will drop you at the gates and from there on its muscle power. Check rates and availability.

Grand Hotel Imperial: If you prefer 5-star luxury but still want to be in the thick of things, then this is the hotel for you. It looks like something out of a Wes Anderson film, It’s directly opposite Pile gate (you can see it from there) and taxis will be able to drive you straigh to the door, no luggage trekking. In Dubrovnik location is key, and this is the best of both comfort and location. Check rates and availability. 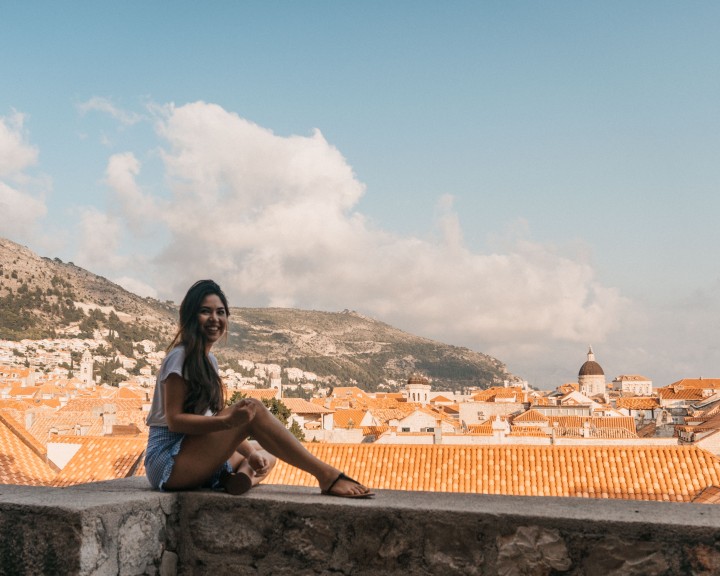 Quick note about coffee in Dubrovnik: I’m no coffee afficionado, or at all snobbish about coffee. But even I couldn’t help but lament the poor quality of coffee available in Dubrovnik. Over 5 days eating at different establishments many times a day, we didn’t find a single place that served decent coffee. Everything tasted like the tepid bland little coffees that come out of one-press automatic machines.

If you happen to find the one place where one can find a good coffee, do please comment below for the benefit of all!

A place we found with great value seafood in large portions was Kamenice, just on the square at the end of the “Walk of Shame” from Game of Thrones.

A 15min boat ride from Dubrovnik old harbour will get you to the beautiful and mystical Lokrum Island. Well worth a visit if you’ve got a few days in Dubrovnik!

Tickets are sold by a man under a white umbrella at the old pier. Return trip costs 150 kouna per person. Once on the island, nearly everything is free/no entrance fee.

Word of warning:  Bring bottled water and sunscreen. Most of your exploration of the island will take place in direct sunshine – you will burn without sun protection! And bottled water tends to be sold in expensive glass bottles at the cafes, so bring some for exploring the island.

On the southern end of the island, just south of Lokrum main beach, are some beautifil limestone cliffs like these.

Probably the most Instagram famous site on Lokrum is this limestone cave arch, sometimes called Lokrum Cave, or Pidgeon Cave. It’s not really a cave, more of an arch above a pool of sea water.

It’s surprisingly difficult to find, so to my surprise when we arrived there was nobody around.

To get to this cave arch in Lokrum, from the Lake cocktail bar, follow the path into the trees. It might look like the path disappears but persevere. When you come out the other side you’ll see it! 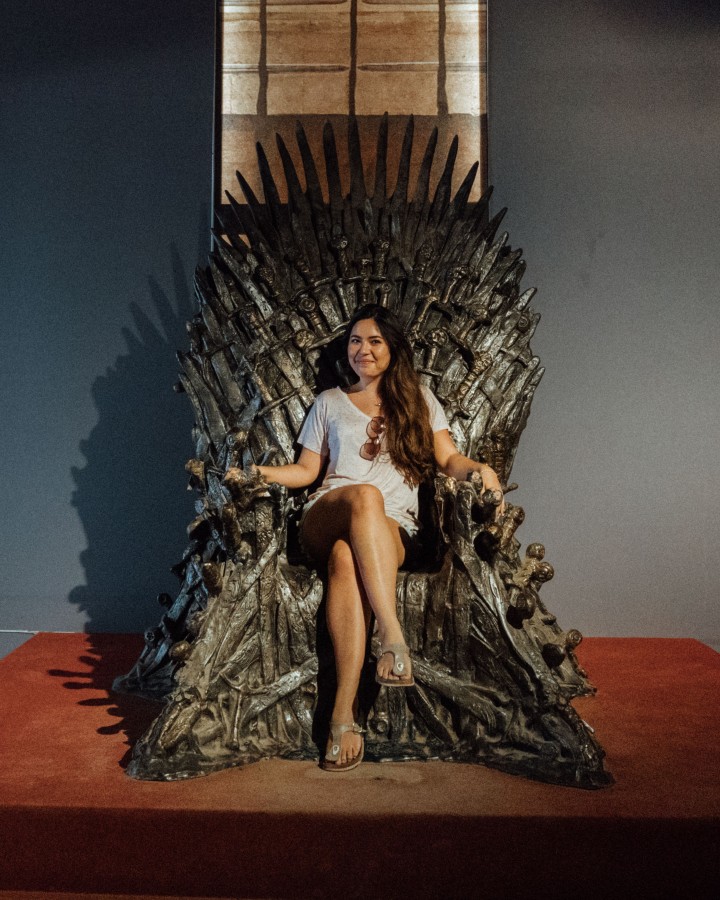 A replica of the Iron throne is kept at the old Benedictine monastery on Lokrum island along with a small free Game of Thrones exhibition.